Is there any hope for the USA?

When I lived in the US, I occasionally was shocked listening to right wing talk shows like those of Bill ORiley & Sean Hanity or the vulgar non-sense of Howard Stern and Jerry Springer. Holywood movies glorified violence and vilified Arabs and Muslims. Owners of the corporations that ran these media had two agendas: making money and helping Zionism. Now Foxnews owned by Zionist Murdock is even outflanked on the right by Newsmax and One America News (essentially fascist in orientation)! It is vey sad. Palestinian and other Arab Ametricans who were/are visible or tried to do something were targeted. I was one of those. If you want to read a little about this, see http://qumsiyeh.org/thecaseisclosed/ and the below from fellow academic Thomas Nagy who decided to leave the (perhaps hopeless) USA to live abroad in 2003. I left the US in 2008 not because of pressure but because I thought I could serve humanity better in Zionist occupied Palestine than in Zionist occupied USA. In retrospect, that was the best decision of my life. But I still care about the US where I have family and thousands of friends and followers. 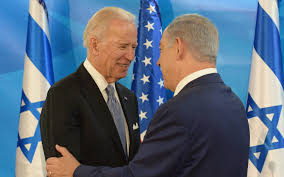 The mass movements like Black Lives Matter remind us of the movements in the 1960s that did change the US (after much turmoil). But the establishment gurus learned from these things and are certainly far more entrenched today than say at the time of Nixon and Kissinger. Obama’s first appointment as president elect was for Chief of Staff Rahm Emanuel, a bigoted Zionist who put Israel interests ahead of US interests. That is why in 8 years, the Obama administration bombed many countries in the Arab world. Biden selection of anti-BLM Zionist VP Kamala Harris and his selection of a Zionist Jewish chief of staff were expected (he could have chosen at least Elizabeth Warren as VP a bit more moderate). Biden  proudly proclaimed himself a Zionist. If he actually assumes office (a 60-70% chance and not just because of Trump but also his health condition) he will be worse than Obama. The moneyed intersts win either way. But the calamity facing the USA today is far worse than when Obama took office. Over 160,000 new infections per day and an economy that is drowning in debt (government, corporate, and individual). The US currency can no longer sustain itself based on the fiction of the strength of the US economy (an economy based on imperial control of world economy that is already dissolving). China and Russia are rising. If you missed it, just last week China led the formation of the largest free trade block on earth (comprising 30+% of the world economy and 16 countries in Asia plus Australia and New Zealand but minus the USA!!). The US paper tiger is still able to twist arms of countries like Bahrain, UAE, and Saudi Arabia but that is only because they are run by brutal uneducated dictators who do not care about the will of the people or even know how to read history to understand its trends. What is needed in the US is a system change so that politics respects the will of the people. The 350 milion US citizens should not be forced by a trigged system to chose “the lesser of two evils”! The majority of citizens would not want the US to remain the “biggest pervayor of violence in the world” (words of Martin Luther LKing Jr). They do not want billions of their tax money going to Israel. Why not give them the right to vote on such things? The 13.5 million Palestinians and 6.2 million Israeli Jews should also be given a fair chance to vote for the form of government they like here in a post apartheid era. I am sure the majority wouldvote for a secular democracy with real checks and balances like the ones found in some northern European countries. Since my last question to readers generated many good responses posted in the comments section at the blog (http://popular-resistance.blogspot.com/2020/11/questions.html). This one is also left without a definitive answer and I hope readers chime in: how the US can be transformed to be more democratic, more respectful of himan rights, not cozy to dictators and apartheid regimes (like Israel) etc. Do you agree with the below or do you think there is hope? What is the way forward? Either put your comments in teh comment section here or email me.

Why I am leaving this Country: Daniel Pipes and the Failure of Democracy in America

It is instructive to know how the wonderful democracy that the U.S. is exporting through its own very real WMDs actually works. There are worse governments than the US democracy, but surely there are better ones, and US democracy is not worth exporting or imposing on anyone except the most desperate.

It is necessary to give the context to my small, modest insight into the reality of American democracy.

It has to do with Dr. Daniel Pipes. Dr. Daniel Pipes is a rather belligerent fellow who has been wonderfully successful in intimidating the vast majority of US professors into near total silence despite: (1) two major wars that are getting progressively worse (from the official US viewpoint), (2) a threatened nuclear war with North Korea that has the potential of killing us all, down to the cockroaches that have amazing resilience to radiation, and (3) a domestic economic crisis spinning out of control thanks to the insane quest for world dominance and the maniacal looting of the US by the chums of Bush, the First and Bush, the Second.

The case of such a gem of free enterprise as B2's Kenny Boy Lay[1]  of Enron infamy comes readily to mind, but you could point to a great number of other pirates of gangster capitalism who have, quite simply, cheated the American people out of life savings or merely stolen a big chunk of their retirement money.

So one might suspect that all is not well. Indeed.

The good Dr. Pipes identified the six leading university professor villains in the US.  I'm number 6 in a column [2] in the New York Post, a newspaper that is perhaps just a few steps up from pure trash, but one which is widely read and distributed.  I can get it easily here in Washington, D.C. In the column, Pipes falsely accused me, among other things, of providing aid to the Saddam regime.

B2's nomination of Pipes to the U.S. Institute of Peace [3]  is rivaled only by B1's naming of Clarence Thomas to the Supreme Court.

Now here comes my modest insight into how government really works in the land of the free and the home of the brave.

Foolishly, I thought this truly bizarre nomination would afford me a chance to clear my name and end or reduce my harassment (Pipes had called for adult supervision for the six evil professors). Since Pipes nomination by B2 required the advice and consent of the U.S. Senate, I asked to be a witness in a public hearing. I asked for three minutes and a chance to put documents into evidence that would restore my good name and show the greater suitability of Pipes for the CIAs assassination bureau (I'm sure it has a more noble name) rather than the US Institute for Peace.

At first, I thought, Gosh the system of democracy can work, because I thought I had an agreement with the staff of the ranking member of the Senate[4] Committee on Health, Education, Labor and Pensions[5] , the committee to which Dr. Pipes nomination had been sent, for a 3-minute testimony and a chance to submit documents.

That misunderstanding was hard to accept, but it was nothing compared to step 2 of the workings of what baby slayer with sanctions former Secretary of State Madeleine Albright has called the indispensable democracy.

Committee Chairman Sen. Judd Gregg [7]  (R-NH) decided against a hearing for my accuser, but instead opted for an executive hearing on July 23rd evidently without witnesses or documents. Its now possible that Sen. Gregg's committee and the Senate itself could fly Pipes though to his anointment like a

stealth bomber through radar without any scrutiny. There goes any meaningful advice and consent. Technically, the Senate, using tricks like executive sessions, could give its advice and consent based on no witnesses and no evidence. How democratic! Is this a great country or what?

This is a microcosm of how the greatest and longest lasting democracy in history (etc., etc.) works. If one dare speak of even the possibility of a defect in the operation of Camp X-Ray, or putting Pipes into such a position

of honor and trust, then the totally corrupt committee system of Congress that would make any tyrant blush can block criticism total power, but with the appearance of fairness.

Members of Congress disguise this disastrous blemish by using pompous phrases like, I'd like to thank my distinguished colleague, the Chairman and thank him for allowing me time to speak. The committee chairman may permit other members to speak, but the chairman runs the whole shabby show: agenda, witness list you name it.

The rest of the hypocrites properly worship the chairman in the hope that if they live long enough, they will, one day they become a god (oops, I mean committee chairman). So much for democracyvery sad, very tragic, very disastrous to the people of the US and the world.

So unlike the movies, I don't get my day in court.

Continuing to teach in the US is no longer an option for me, particularly since evidently I will have no chance to clear my name before Congress.

So I am moving to Canada in a few days where I will apply for citizenship and try to rebuild my 20-year university career in a functioning democracy.

I think Canada's secret is simple: a small, peace keeping-oriented military; a small weapons industry; no empire to rule and no countries to conquer. (Sending trigger pullers to Afghanistan was an aberration. Canadian troops die if they must but as peace keepers, not as killers of essentially defenseless people.)

I hope to die in Canada and atone for my stupidity and culpability in paying taxes to the most well-oiled killing machine in history, the United States of America, by teaching peace studies and promoting pacifism, which I think is the only force powerful enough to overcome Americas super weapons.