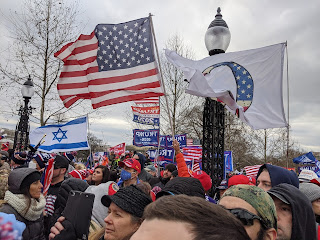 1) Bethlehem: Many were told Bethlehem (BeitLahem) comes from 'house of bread' in Hebrew. Others were told it comes from a 'house of meat' in arabic. Many were told Jerusalem comes from the Hebrew 'Yerushalaym'. All are wrong. Both Laham and Salem were Canaanite gods as Canaanite cities/towns were named after these Gods (Ur and Beit modifiers are abode and home of xx so Beit Dagan is also the house of the God Dagan). Our cities and towns Jerusalem (Ur Salem), Bethlehem (Beit Laham), Beit Dagan, Beit Saan (Beisan), Beit Sahour (my village) continued to be inhabited for thousands of years (never interrupted) as archeology and biology/genetics show. The native people continued to inhabit them even as they converted to oncoming religions such as Mosaic religious law (laws of Moses which predate 'Judaism;), Samaritan, Judaic (various sects), then Christianity (various sects), then Islam (also arious sects). European Jews like European Bahai, European Muslims, and European Christians are legitimately connected (by religion and stories discussed in their respective religious texts) to Palestine (Southern Canaan, Western part of the Fertile Crescent). But connectivity does not give a right to ethnically cleanse natives (e.g. Crusaders). Zionism (like many political movements before it) worked to restrict minds and thus ignore real history to justify the unjustifiable. Education about facts like the ones noted above would help promote unity and respect for all people and thus PEACE. I am 100% certain this is happening. But this is not going to save humanity (see third point below on biology)!


2) Biden: Readers asked me to comment on events in the US (including the storming of Trump supporters. Israeli commentators worried because some Trump supporters waved American flags. And a congressomen from Florida promised to put the Israeli flag next to teh American flag in front of her office. Trump did deliver for Zionism. But anyways, perhaps China should invade the US to bring it democracy like the US invaded dozens of countries under that excuse. Joking aside, the celebrated removal of Trump the one most people voted for as the lesse of two evils: Biden (also most of the 75 million who voted Trump did not like him, they voted for Biden as better). Biden at least MAY give an opening for pressure from progressives even though he appointed no progressive to any of his key positions. His administration is dominated by anti-progressives, anti-human rights people from his Vice President to his secretary of state to his Zionits chief of staff and attorney general. The actual winner of the primaries Sanders (who happens to be Jewish and who we supported) would have beaten Trump by much wider margin but alas the DNC stood against him. Trump was beginning to irritate the military industrial complex when he started pulling troops from Germany, Syria, Afghanistan and Biden was clearly going to have "robust" (read more military abroad) engagement in the world. And in any case Biden said that he would not reverse policies of Trump that are contrary to international law (e.g. moving the embassy to Jerusalem or recognizing Jerusalem as capital of Israel etc.). See Desmond Tutu in the Guardian: Joe Biden and the US peretense on Israel's nuclear weapons
https://www.theguardian.com/commentisfree/2020/dec/31/joe-biden-us-pretence-israel-nuclear-weapons
But again and even though the US is the most powerful country on earth at least economically and militarily (based in over 100 countries) it cannot and will not help save the world. In fact it was the biggest contributor to rampant consumerism that brought us to where we are -- which brings me to point 3.

3) Biology/Biodiversity: Many people are starting to realize that 2 resetting to go back to the time of "before Corona" and "before Trump" is simply not going to happen but even if miraculously we could, it would not be sustainable for humanity. To cite a few reasons: climate change, nuclear proliferation, economic systems of consumerism, human population explosion, pandemics (watch for new viruses and mutated COVID19), biodiversity loss and much more. As a biologist I am very, very worried. Our interconnected global ecosystem cannot go on! There is urgency. Governments are not the solution but are actually a big part of the problem; all positive change happens by people pushing and not merely via electing "representatives". As a species we can shape our future for good or bad. It is time for all people to mobilize. We need a global change, This is the generation to do it or fail. If we succeed, our children and grandchildren will thank us. If we fail, whatever life forms remain on earth will do well without us and if they develop their intelligence in ways to allow them to record history, they would simply record that humans caused their own extinction but dinosaurs went extinct with a meteorite (incidentally that latter extinction allowed mammals to evolve and we humans should be grateful for that unfortunate-for-most-dinosaurs event).