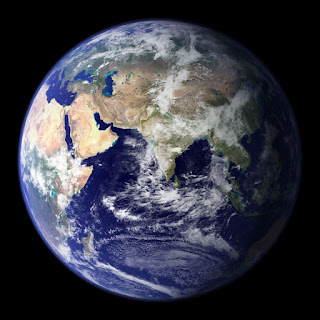 Here is an inspiring video about the first hired staff member (Majd) of the museum and institute (palestinenature.org and still volunteering) titled "How to Survive the Apocalypse? [an Advice From a Friend]" https://youtu.be/7mdtXROE1as
Why do I call Majd a bright candle?

Israel has over 13,000 COVID-19 cases and close to 200 deaths. Yet, the Israeli regime keeps thousands of Palestinian political prisoners in crowded prisons (and using them as guinea pigs to test drugs to profit its pharmaceutical industry). The regime shuts down a Palestinian clinic in occupied East Jerusalem (Silwan) that is fighting the pandemic. The "fined" people who were protesting (keeping distance) the ongoing ethnic cleansing of Jerusalem.  Israeli colonial settlers continue to rampage through Palestinian towns and villages. Settlers with suspected virus were even trying to infect Palestinians they normally terrorize in other ways. Apartheid soldiers still go into Palestinian crowded areas to kidnap more native youth. Yet, none of this made mainstream media (controlled by Zionists). The only thing that seems to make it in Israeli and International media is how "Arab-Israeli" (read Palestinians who are 10th class citizens in the "Jewish state") doctors and nurses are saving Jewish lives:  https://www.yahoo.com/news/israeli-war-coronavirus-arab-doctors-180057183.html And to top it all off as Meretz party said:"Gantz destroyed the hope of a majority of Israelis and sold the mandate that the majority gave him to a corrupt inciter [Netanyahu]." The new Israeli government will be even more racist and implement more apartheid laws.

But I still am grateful for having made a decision 12 years ago to move back to Palestine from the USA (even under occupation and colonizations). The USA is in a catastrophic situation: nearly 2.5 million in prison (about same number of those infected with the virus worldwide), the rich getting richer and the poor getting poorer, and the deep state that runs the affairs gives people choices of presidents that are truly repugnant (people like Trump, Clinton, Obama, Biden). The US health care system spends per capita more than any other country and yet ranks very poor compared to most countries (even Cuba and China have far better healthcare systems). Of course for the very rich, the US healthcare system works great (privatized, expensive). It does not work well for masses. Thus tens of thousands are dying or sick (some are friends and relatives). But we also have problems with other countries (e.g. China's occupation and ethnic cleansing in Tibet or Indiua's fascist government).  We should all be angry and we should all challenge this anger against the idiotic leaders the masses supposedly elected (Modi in India, Netanyahu in "Israel", Trump in the US etc). I say supposedly because there is no true democracy in societies run by the power of money and controlled mass media. But being against these governments (they all lie), should not distract us also from being for something positive/helping.

We actually worry about all countries and not just because we (palestinenature.org) have friends and acquaintances in over 100 countries but because this pandemic crisis gives us globally and opportunity to change the world in a better direction (still we have the major calamity of climate change and risk of nuclear war). I go back to the video of Majd cited above (and many other stories) and feel inspired, Life gives us thousands of examples of lights in the darkness (better light a candle than curse the darkness). Yes we reject the road of consumerism and of fascism globally but by acting locally and globally. The stakes could not be higher.

So today at the museum garden today we harvested a lot of thyme (probably enough to make 6-10 kg of Zaatar), ate the last edible green almonds,  and harvested lettuce, tomatoes, kale, beans, peas, broccoli, sage and much more (also need to harvest some fish from the aquaponics). Olive flours are ready to bloom, citrus trees are blooming, and the fruits of loquats, berries, walnuts, apricots and more are coming along. Hamsters had babies. Chicken are laying more eggs.  Life is still good. 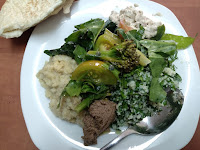 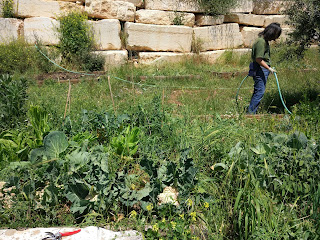 PS: if any of you are interested in environmental DNA work email me for an event tomorrow/Wednesday.