I posed the question to readers a while ago as we moved from 2015 to 2016: "What would YOU advise Palestinian to do? I am genuinely curious as to how many of my readers have constructive advice based on what they know of geostrategic structures, capabilities etc." I received dozens of answers including some really very insightful commentary. Every Palestinian should read at least these 26 sample responses [now over 60] from smart activists:

If you can wait and not be tired by waiting,
Or being lied about, don't deal in lies,
Or being hated, don't give way to hating,
And yet don't look too good, nor talk too wise

If you can bear to hear the truth you've spoken
Twisted by knaves to make a trap for fools,
Or watch the things you gave your life to, broken,
And stoop and build 'em up with worn-out tools 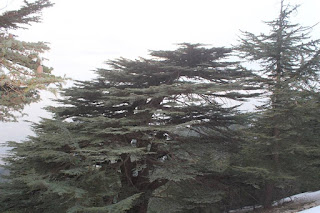 My visit to beautiful amazing, diverse, and edgy Lebanon left memories and emotions that will stay with me the rest of my life but also established new friendships and collaborations that will enhance environmental research and conservation. I was supposed to travel to Lebanon Sunday evening but missed my flight at the trip from Bethlehem to Amman aoirport took 10 hours! But this gave me time to spend with our friend Prof. Zuhair Amr in Jordan who we publish much research together. I took the next flight to Beirut Monday morning and was met at airport by Dr. Mounir Abi Said who took me on a whirlwind tour of the Shouf mountains, its beautiful nature reserve with the ancient cedar trees. In the reserve we met with the reserve staff and manager and discussed collaborations. I then visited the American University in Beirut. I personally have never been there before but I almost could swear that I was there in a previous life.

At AUB- Been there in another life?

My uncle Sana Atallah did both his bachelor and master degree at AUB in the 1960s and his summer visits to Palestine he would take me with him to the fields for nature walks and work. I was only a child and I remember the beauty of nature but not much else from that time. It is what made me follow in his footsteps and start my own collection of objects of nature immediately after he died in a car accident in 1970 (shortly after he finished his PhD).  I literally followed in his footsteps, took care of part of his collection that was here in Palestine and did graduate studies in the same US university where he studied. But having never been to AUB (a university that literally shaped his short life), I was very emotional. My mind raced as we stepped into the old natural history museum and I saw the mammal collection that Uncle Sana and His mentor Robert Lewis collected. I could almost smell and feel and hear those two great people and wished I could have been their student at AUB. An old statue and an old bench gave me shivers as I felt that surely I must have been here before. A mixture of sadness, happiness, nostalgia, wishful thinking and more swept through my mind in ways hard to put down in writing. 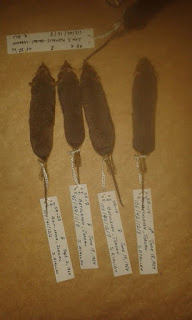 Specimens collected in Palestine by Sana Atallah, now at AUB

After meeting with a few people at AUB, I went to visit a project started by Dr. Mounir and his wife Dr. Diana to rescue animals captured or injured by hunters. They rehabilitate them and release some while keeping some for environmental education for children (see http://www.animalencounter.org/ ). Unlike other environmental awareness facilities in our region, this one is run by experts based on scientific principles. They initially started it in their home and then the municipality gave them land to do this on. We also started the Palestine Museum of Natural History at our house and then moved to Bethlehem University Mar Andrea campus. So we connected in Lebanon with colleagues like Mounir and Diana on so many levels. We now must start joint research and development projects. 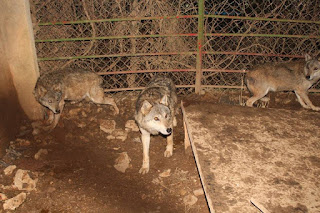 Mounir and friendly Hyaen and wolves at Animal Encounter

Representing Bethlehem University, I joined other colleagues from other universities in Palestine, Jordan, and Lebanon for a conference in Tuesday at the Lebanese university dealing with European funding under the Jean Monnet program. It was a good opportunity to lean and to network. I took time in the evening to walk around Al-Hamra area of Beirut. I was saddened to see how electricity is off in Beirut just like in Gaza (6 hours on, 6 hours off). I was saddened to see many women with children begging to sell gum on the side of streets like Al-Hamra street. 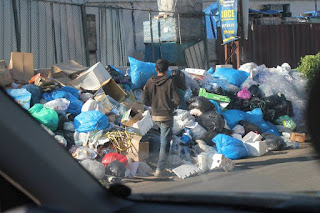 Trash piled up in Beirut as the country goes without a President and contending parties blame each other (Young man there was collecting garbage for reccycling). 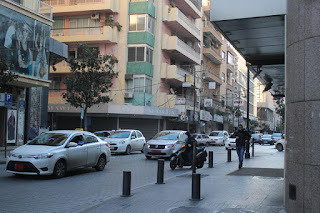 Lebanon, like Palestine, is such a beautiful rich country but its political leaders do not seem to get their act together. Being divided into sometimes intermixing and sometimes contending communities is not a bad thing if you think in terms of a healthy diverse human communities just like a health diverse ecosystem (many species competing, conflicting, sometimes cooperating). It is fertile ground for innovation and Lebanon has lots of innovative smart people. For example (among many), I met brilliant researchers and teachers like Dr. Mounir (mammals), Dr. Dany Azar (Paleontology), Dr. Efat Abu-Fakhr (Crop Protection and Entomology) and many more. Like in Palestine, we just need to collect all those good people in networks to better help young talent to grow and promote collaboration and healthy but not destructive competition. Our museum motto is RESPECT (for ourselves, for others, for nature). I found so many good Lebanese and Palestinians who do have that respect and thus are able to make a positive impact in their/our societies.  By giving of themselves they build their character and have a very productive career.  By devoting ourselves to things bigger than ourselves we also have personal growth and success. Being selfish or self-centered will only diminish us. Anyone close to death can tell you what they regret most in life and what they appreciate more in life and it is never that they wish they had made more money or ate more food or had a bigger house; instead they wish they gave more and took care of others more. I am inspired and energized by this visit.

I am back in Palestine now where martyrs are still falling (three the day before I returned) and where thousands of political prisoners languish in Israeli gulags. This is where checkpoints and walls rule. Where Israel even banned "Breaking the Silence" (an Israeli group of soldiers and ex soldiers who tell about the crimes they wee ordered to commit). But this one land refusing to be divided continues to build and where good things still happen.  For example here at the museum grounds (Bethlehem University), we have a dozen individuals at the museum (9 of them from Gaza with permits facilitated through GIZ) learning about aquaponics!  They are good energetic people and good energetic instructor (Philip) who want to improve life in Gaza by growing plants and fish !! 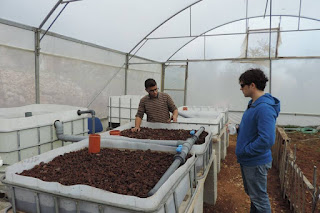 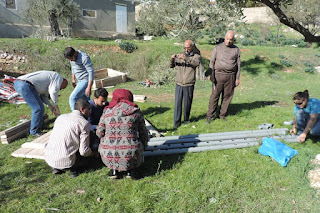 Things have piled up for me to take care of including several deadlines for proposals and publications. I also teach several courses this semester including: cultural and eco-tourism for Masar Ibrahim, research and writing, and anthropology for the master in Hotel Management and tourism (all at Bethlehem University), research tools and peacemaking courses (at Bethlehem Bible College master program in conflict resolution), and biodiversity at the master program in Environmental Biology (at Birzeit University). Join us to be part of a growing team for nature and for Palestine.  Since my last email a week ago asking for signing up to our network of supporters and volunteers, over 110 people signed up from around the world. To reiterate:  We now have an integrated system for research and education to address areas in need in Palestine: healthcare, environment, and agriculture (especially permaculture).  We have dozens of volunteers and we are grateful to all volunteers and donors but we can accelerate our progress with more of YOUR help and thus accomplish much more. So look over our website (http://palestinenature.org) and fill out this form http://goo.gl/forms/Z7nmOGFC9i (if you have difficulty email us at info@palestinenature.org)  to tell us you can help from your location (any and all countries including Palestine). Tentative name is “Network for Palestine Nature” (your suggestions on name would be appreciated). Thank you for your kind support.