In the news this week are interesting signs positive and engative. The largest empire in between the Roman empire and the US empire (ie. the British empire) shows signs of internal decay but positive actions abound. The foolish vote to resurrect nationalism under the so called Brexit seems to be fraying. If a new referendum is called, I am sure Brexit will fail. Further the Zionist interference in British politics with trying to split the labor party (because of Jeremy Corbyn’s attempt to speak of human rights for Palestinians) seem to be failing. While also investing heavily in social media with professional trolls [1], the truth can’t be hidden and certainly easier to expose than to hide. The US empire is having its own difficulties as shown by the failure of the Trump administration in achieving the Zionist goals vis a vis Syria, Iran, Venezuela and most recently North Korea. The “Democratic” Party (which is not democratic and is heavily serving corporate and Zionist interests) in the US saw an opportunity and circle around the injured Trump administration. There is a vacuum there for progressive voices which may come from people like Ilhan Omar [2], Ocasio-Coretez,[3] and Bernie Sanders. But the latter’s parroting of the administration lies about Venezuela does not give us confidence. In either case, the democrats can at best slow down the decline of empire (as Barak Obama’s administration did). The lessons of previous empires have not been learned. In the Arab world, the US appointed dictator in Egypt refused to give money to fix the crumpling railroads (he and his group is getting rich) and as a result a major railroad crash and fire ball incinerated to death dozens of people and seriously injured about a hundred. This is the same ruler who is executing innocent people after subjecting them to severe torture to extract “confessions”. Really sad what proud ancient Egyptian civilization has slid into. 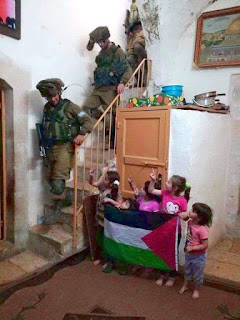 What most worries us is that egotistical politicians facing decline of their influence and hence their own popularity turn to war thinking it can help their careers. And with nuclear weapons and other WPM around, it is inevitable that they would be used in future global wars. Thus we worry about India which used Israeli “Spice 2000” 100 kg guided missiles to bomb Pakistan which then retaliated by downing two Indian jets. Both are nuclear armed and the fascist Modi is indeed very dangerous as he seeks to stay in power. The same with Netanyahu who just bombed besieged and starved Gaza. He could be reckless enough to start a war with Lebanon and Syria. Trum facing impeachment may either resign or bomb Iran. The world is a dangerous place because of those greedy egotistical people. But good people are doing good things. A US peace delegation traveled to Iran and met leaders and common people [4]. The Venezuelan people exposed the conspiracy and challenged sanctions and imperialism. While US puppet Guido waves an Israeli flag, the people wave Palestinian flags. Columbian and Brazilian people are starting to stir against their US-backed puppet governments. Even in Palestinian politics, the US supported elites are struggling and have stooped to the point of spending so much money on large bill boards and other media campaigns to prop up their image. There are calls to both Hamas and Fatah to return to the people and end the charade of Oslo accords sponsored by the imperial powers.

Here in Palestine, life of suffering contimnues. The UN Human Rights Council issued a report this week that shows the extent of Israel’s violations of international law and human rights including on targeting children [5].  Yet, we continue to exist and to resist. We are not alone. Last two weeks for example I hosted five International delegations. The museum and institute (palestinenature.org) hosts many volunteers, we are grateful for significant donations (financial and in-kind), we are appolying for more grants, and we have good actions on the ground that make a difference. We also continue to have significant activities in all three areas we focus on: research, education, conservation. In research we continue to make new discoveries, publish, and advance knowledge. In education, we are working with students aged 6 to 90! We have educational workshops that build human capacity (including Science Cafe every Friday 3-5); just in the last week on GIS, on leadership, on tourism promotion, and on agriculture. We do conservation both ex situ and in situ (but based on research and education first) for our cultural and natural heritage.

A section of the apartheid wall in Jerusalem collapsed thanks to the good rains we received. We are 100% confident the rest of the wall will fall. And the BDS movement continues to grow (see examples [6]) 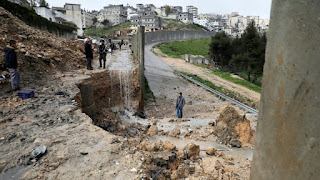 [1] An investigation published by the New Yorker  Magazine exposes how Mossad agents are  infiltrating our social media to “shape reality” … “to influence what people believed and how they behaved” …“to reach virtually anyone and to play with their minds” not to mention to influence elections and target Palestine solidarity activists.
https://israelpalestinenews.org/new-yorker-private-mossads-for-hire-use-avatars-to-target-pro-palestine-movement/?fbclid=IwAR35g-1o1_KkfhHO55tR-7b1Sv4BDn4EV5KhWvFRAIgSiVKtqsacim5O0i8
[2] A Jewish man says from hospital what Ilhan Omar Said About AIPAC Was Right. I’m ashamed to admit that endorsing AIPAC positions was all about the Benjamins for me and my candidate. By Ady BarkanTwitter
https://www.thenation.com/article/ady-barkan-aipac-ilhan-omar
[3] This shows how expert this lady is in questioning Trump’s ex-lawyer https://www.motherjones.com/politics/2019/02/alexandria-ocasio-cortez-just-expertly-laid-a-trap-to-get-donald-trumps-tax-returns
[4] https://www.codepink.org/day_3
[5] https://www.theguardian.com/world/2019/feb/28/gaza-israel-un-inquiry-killings-protest-war-crimes-army
[6] BDSmovement.net, https://bdsmovement.net/pacbi and the new newsletter from British academics for universities in palestine http://www.bricup.org.uk/#nletter