The distance from Amman to my house in Beit Sahour is 45 miles (72 kilometers).   In normal situations, that should take 1-1.5 hours.  Sunday it took me some 13 hours (i.e. Ten times more) and I arrived at my home at 3 AM.  I won’t bore you with details of misery and can just summarize the main reason: occupation.  The illegal military occupation and colonization of the West Bank by Israeli forces has now been in place for almost 47 years, one of the longest in history.  I see the worst of people and the best of people daily.  I spent five days in Jordan working on biodiversity issues with my friend Prof. Zuhair Amr. He and his family always treat me so nice and their hospitality is unmatched.  But most important for me was getting to learn so many new things.  We even got to the Jordan river under the watchful eye and with permission from the Jordanian military and collected some freshwater snails there (pictures were not allowed).  This is highly unusual for a  Palestinian (or a Jordanian) since Jordanian military ensure a buffer zone with no one to get near the water border for the shared parts of the Jordan river with the Israeli-Occupied West Bank.  Of course from this side, Israeli occupation prevents Palestinians from getting anywhere near the river while Israeli settlers and soldiers are free to move around as they wish. 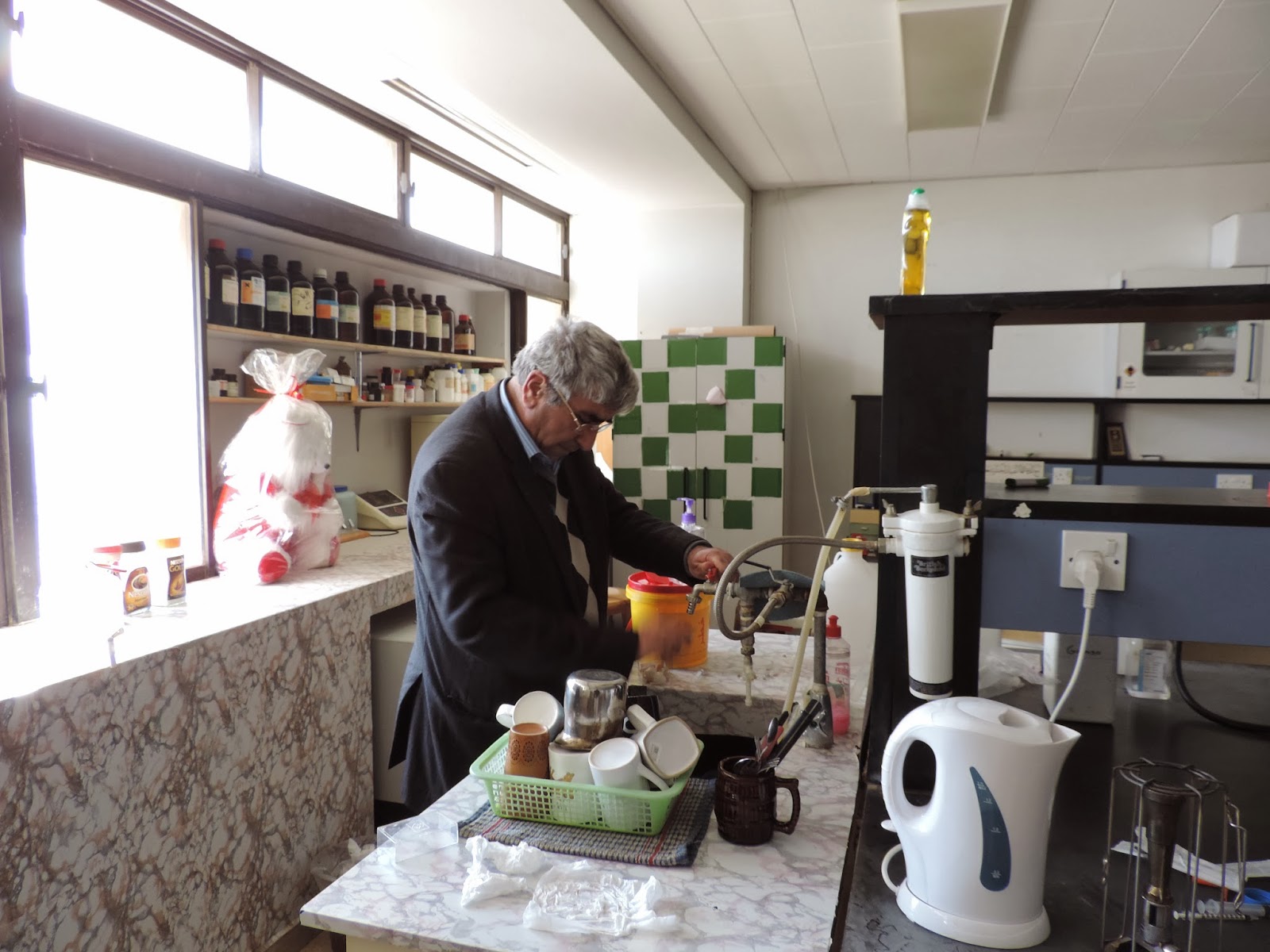 Prof. Zuhair in his lab

Snail from the Jordan river basin

Jordan, a constitutional monarchy where I did my bachelor degree, is still a fascinating, beautiful and diverse place. Home to 3.5 million Palestinian refugees, some 600,000 Syrian refugees, and almost one million Iraqis and Egyptians.  The original Jordanians thus constitute the ruling minority in a place  surrounded by problems.  But the country miraculously managed to navigate through the instability affecting nearby countries and even profit from such instability (getting significant subsidies from Western Countries and gulf states).  It is the only venue out for Palestinians from the West Bank into the rest of the world.  Our economies and people are intertwined and not just because millions of Palestinians hold Jordanian citizenship. Palestine to the West of Jordan is under a brutal colonial occupation with Palestinian leadership and people in between uprisings and thus in a state of maximum weakness. Syria to the North used to be even more self-sufficient than Jordan but has now descended into mayhem.  Egypt to the southwest likewise is suffering significantly with a military run country that could not and would not figure a peaceful way to deal with the “problematic” Muslim Brotherhood so they decided to fight them and even designate them a terrorist organization. The Palestinian authority President Abbas openly sided with the military rulers (contradicting long standing Fatah policies of non-interference in Arab affairs). Saudi Arabia to the south is Western supported absolute monarchy (not like Jordan which has a parliament) and has its own issues. Iraq to the East is.. well you know from the news what happened after the US invasion (one million dead and more dying daily).  These difficulties hopefully will not come to Jordan and Jordan will continue to develop peacefully in this midst.  What is most shameful is that Syrian refugees were allowed into all neighboring countries except one: “Israel”.  Israeli authorities are also persecuting the few hundred African refugees that came.  Imagine if the Israeli government had at least allowed the Palestinian refugees who fled their Syrian refugee camps (nearly 400,000 of them) to come back to their homes and lands in the Galilee.  Imagine how much this would have helped change political dynamics. 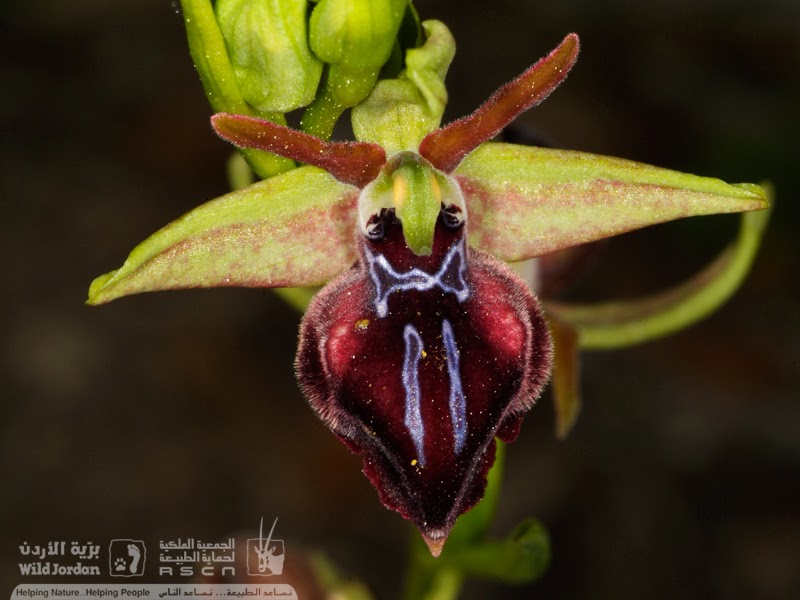 I do not want to paint too rosy a picture of Jordan even though much has already been accomplished (for me the work of the Royal Society for the Conservation of Nature is a brilliant example as is the levels of healthcare and education).  And certainly it is not up to me.  Most Jordanians (unlike most Israelis) recognize there is a lot of work to be done on their own government. While waiting for hours on the bus from Jordan as it was held up with over 15 buses at the bridge to the Israeli border controls, we watched shows including a Jordanian satirical political show that mocks the government and the ministers.  I think more shows like that should be encouraged. A similar show in Palestinian TV that mocked our authority was closed by the PA thought police (shamefully). A similar show in Egypt (“Albarnamej”) was also shuttered more than once.  But we also should not put all blame on governments.  Large part of the blame is on us.  I was dismayed for example to see how some Palestinians cut through lines even in front of old ladies or toss their garbage out of a moving vehicle or do not show sympathy for suffering civilians (e.g. in Gaza, in Yarmouk Refugee camp, in Syrian Hama area).  It is these attitudes that need to change.  While intellectually I can understand that decades of colonization and dehumanization can “rub-off” on our souls, we must teach our children to respect each other and the environment.  This is a concept that I hope we will do with starting to build educational museums (we are working on one in the Bethlehem area now).

There is so much that each of us individually can do to help. For example on the issue of Palestine, see http://qumsiyeh.org/whatyoucando/
This week in Palestine highlights innovation in the latest issue
http://www.thisweekinpalestine.com

In other good news, the virulent Zionist attack against the American studies association and other organizations and churches seen to be back-firing and there is a constant growth of these movement.  Every day brings us good news.  For example, according to Haaretz: “ABP, a Dutch pension fund considered the world's third largest, Nordea Investment Management, a Scandinavian firm, and DNB Asset Management, a Norwegian company, want more information about the Israeli banks' involvement in Israeli settlements.  The three European firms combined manage nearly 500 billion euros' worth of assets.  The review by the three pension funds comes about two weeks after PGGM, the largest Dutch pension fund, divested from Israel’s five largest banks because they have branches in the West Bank and/or are involved in financing construction in the settlements.”
The Palestinian Capitalists That Have Gone Too Far: While most Palestinians living under Israeli occupation are struggling to survive, a powerful group of Palestinian capitalists is thriving and growing in political, economic and social influence.
http://al-shabaka.org/policy-brief/economic-issues/palestinian-capitalists-have-gone-too-far 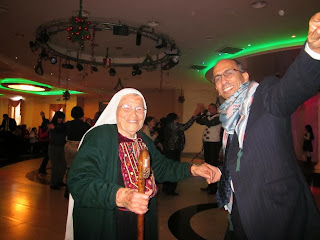 We are in a new year and certainly I wish all humans (friends and foes) a happy new year that would bring justice which is the prerequisite for peace. In the first few field-trips in 2014, we saw beautiful budding lilies, many species of snails and insects, and birds and others signs of renewed life after the snow in Palestine.  Our water wells are full and Spring is coming. Life renews itself.  We remember fallen comrades but we look to the future with hope. I spoke to several groups of young students from around the world last two weeks and they also give us hope.The young and old Palestinians I interact with daily also give us hope. In a party, I talked to the oldest Qumsiyeh alive, a 92 year old woman who is phenomenal in her inspiration (picture above).

We must learn to appreciate and thank people more while they are alive.  I felt sad at hearing the news of the passing of Dr. Lamia Haddad Khairallah.  She was a great activist who loved Palestine (where she is from), Lebanon (where she grew up) and the US (her adopted home where I met her first in 1979 and she and her late husband sort of adopted me). Services will be January 24 at 2 PM, Storrs Congregational Church, 2 North Eagleville Rd., Storrs, Connecticut. We will miss her dearly. I wish I could be there.

New facebook page to like, join, and disseminate to protect Palestinian rights  “The original PLO charter called for right of return and self-determination. These remain the quintessential demands of the majority of Palestinians. We reject the planned structures to liquidate the Palestinian cause. International law states that all agreements that abrogate basic rights like the rights of refugees are null and void (even if signed by some “leaders”) . We believe and will join forces to achieve these goals including via Sumud (resilience) on our land, popular resistance, and the spread of boycotts, divestments and sanction against the Israeli apartheid system. Palestine (from the river to the sea) is our homeland and our priority. We will work to make it a country of all its citizens with all the returning refugees regardless of religious beliefs.”
http://www.facebook.com/7uqooq

Prof. Qumsiyeh: Conditions for the next uprising are there
http://www.alternativenews.org/english/index.php/politics/politico/7515-the-conditions-for-the-next-uprising-are-there

Professor Qumsiyeh on the American Studies Association and the growth of the Academic boycott http://qumsiyeh.org/americanstudiesassociation
Posted by Qumsiyeh at 1/14/2014 1 comment: