It is with deep sadness that we announce the passing of Mohammed Abdul Qavi who died peacefully on Sunday 27th August 2017 in his beloved Palestine. 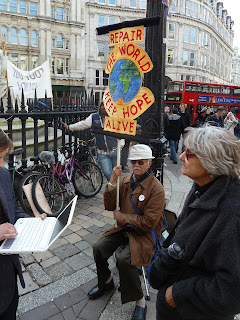 Qavi was born in Delhi, India, on 6 February 1936, and moved with his family to Karachi, Pakistan following the partition in 1948 (he noted it as a nakba/catastrophe for the people). His second 12 years were spent in Karachi and Sind followed by 14 years in Chittagong and Dhaka (then East Pakistan) where he married and had his first child. In the early 1970’s, Qavi established his interior fitting business in Sharjah, UAE, in 1974 which resulted in a career highlight, winning the contract for the interior of the Dubai World Trade Tower in 1979. During his time in the UAE, Qavi also won numerous bridge trophies and also regularly enjoyed the international cricket scene.


Qavi and family, by now including his two daughters, moved to the UK in 1983, settling first in Kew where Qavi would spend the weekends walking in the gardens with his children and then moved to Blackheath, London. Here, Qavi bought both his first home, and the pine furniture business that he ran until he retired. He relished the cultural opportunities that London offered and indulged his love of books and literature, which he inherited from his parents. Qavi delighted in attending the theatre, and concerts of both Indian and Western classical music, for many years, holding a season ticket for the Proms. 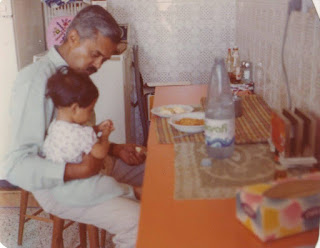 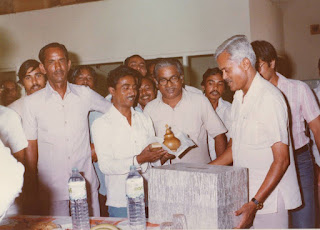 Qavi loved poetry, reading and reciting in Urdu, Persian and English, and had a keen interest in world history and current affairs. He enjoyed cooking Indian food for friends and engaging in deep discussions of subjects ranging from human rights to philosophy to poetry. Qavi attended local chapter meetings of the United Nations Association, Quaker meetings for worship, the winter gathering of the Muslim Institute, and many other political gatherings, developing a wide network of friends and fellow activists.


Qavi strongly believed in being the change that he wanted to see, and would act wherever he saw injustice. He began staging regular peaceful protests, starting initially in the late 1990’s in Blackheath village with a placard that read ‘Repair the World, Do Not Destroy It’, and outside the Pakistan High Commission in London against the complicity of the Pakistani government in the US attacks on Afghanistan in 2001, with a banner that read in Urdu ‘You Have Sold The Blood of Our Martyrs’. From then on, Qavi would regularly attend peaceful protests and demonstrations, including those against the war in Afghanistan, the war in Iraq, and in support of the Occupy movement. Qavi continued his own regular vigils, and also joined the campaigner Brian Haw in his protests against the US and its coalition partners in the bombing of the Iraqi people and killing of thousand children due to sanctions on Iraq.


Qavi had a lifelong passion for education believing in the power of knowledge to transform societies. When he was a teenager, on passing his Matriculation exams, he collected old textbooks and arranged distribution of these to needy students. This was the beginning of the Students Welfare Organisation (SWO), one of the oldest student social organisations in Pakistan, that continues to be active today, helping the children of disadvantages parents in Karachi. Indeed, when Qavi visited Karachi in 2012, the SWO held a reception to honor one of it’s founders at which Qavi delivered a speech recounting the genesis of the organisation. 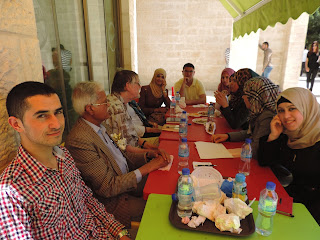 Continuing his support for education in Pakistan, Qavi funded the schooling of many children and students, both personally and through welfare organisations. He arranged the distribution of hundreds of books to the libraries of schools and institutions in Karachi and beyond. In 2004, Qavi founded the Roshni Welfare Trust, in memory of his parents, which as well as continuing to support education, distributed ration bags during the holy month of Ramadan to needy families. He also funded the building of a school through The Citizen Foundation in his home district of Shah Faisal Colony, Karachi, that has been serving underprivileged families since 2005.


In the UK, Qavi funded scholarships in Maths and Physics at the school his daughters attended in Blackheath, in their name.


Qavi first visited Palestine in 2002 and then devoted most of his time either in Palestine or working for it. His activism and philanthropy in this regard included establishing a scholarship fund that covered tuitions for over 100 students in four Palestinian Universities, passing out books and literature especially to young people, and attending regular peace vigils.


Qavi admired poems and life of the late Tawfiq Ziyad (previous mayor of Nazareth and member of the Israeli Knesset) and met with his widow and daughter. This part of one poem is now found around the occupied Palestinian areas courtesy of Qavi:
Here we will stay (Huna Baqun)
In Lidda, in Ramle, in the Galilee
Here we will stay
Like a wall on your chest
And in your throat
Like a shard of glass, a cactus thorn
And in your eyes
A sandstorm


The defiant message of persistence of native people resonated with all. But Qavi was such a gentle spirit and every week he held a sign that had in Hebrew ‘Tikkun Olam’ (repair the world) and in English ‘Keep The Hope Alive’ which he held silently even in the most harrowing of circumstances. The last poem he had translated to Arabic and distributed was “Mourn Not the Dead” by Ralph Chaplin


Mourn not the dead that in the cool earth lie
Dust unto dust
The calm sweet earth that mothers all who die
As all men must;
Mourn not your captured comrades who must dwell
Too strong to strive
Each in his steel-bound coffin of a cell,
Buried alive;
But rather mourn the apathetic throng
The cowed and the meek
Who see the world's great anguish and its wrong
And dare not speak! 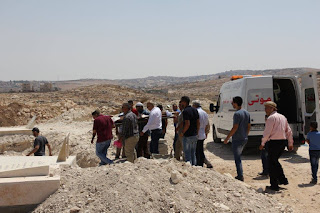 Qavi was one who not only spoke but worked and donated in ways that created an amazing ripple effect for peace and justice.


He is survived by his wife Zarina, children Saad, Tara, and Mohini and grandchildren Aisha, Yasmin, and Cosimo, his brothers, Salaam and Ghani, and hundreds of his friends who will remember his sage advice.


Memorials will be held in Bethlehem and London on the following dates and locations: