What is the future for humans and the environment? Will average global temperature continue to rise? Have we passed the tipping point? There are now more body mass of humans and domestic vertebrates than all wild vertebrate animals on earth! In a few years there will be more plastic than fish in oceans and most coral reefs could be gone! Is it “natural” that a handful of billionaires own more wealth than the bottom half of humanity (i.e. more than 3.6 billion people)? What hope is left a sustainable earth ecosystem? What does it take to actually change things? Please share you views after you read these and other questions below.

Will the newly elected President of Brazil help dismantle the last “lung of our earth” (the Amazon rain forest)? With rampant capitalism and human drive for survival, has the world increasingly become dog-eat-dog world? The technology does prevent massive starvation that used to kill 20-40% of people in any one region over a short period of time (as used to happen in in the Middle Ages in Europe). And what of technology that is now so advanced that even a student at the level of my master students in Biotechnology can engineer a human, a deadly disease that can kill millions, or a cure for a certain cancer? Rapidly improving healthcare and biotechnology allows us to quickly deal with epidemic viruses and bacteria before they start. But is this compensated for by environmental maladies leading to skyrocketing suicide rates, depression, learning deficits, congenital birth defects and cancers?

I am over 60 years old and have spent all my life learning, helping others to learn (I do not say teaching), writing, doing charity etc. I have met over 100,000 people and my views and activism reached hundreds of thousands more via writings, media appearances, public lectures etc. Yet I still feel like I know so little about how the world works now let alone how it should work. I do strongly believe in cooperative revolutionary thinking so I offer here a short list of the above questions and others below to prompt a collective brainstorming.

In my travels around the world (so far 48 countries), I see so much injustice and so much suffering. I see democracy actually on the retreat as increasingly those with money can hire the best minds and media to engineer public opinions and voting. Fear has been the biggest weapon which allowed elites to get massive growth in security to keep the masses down. The masses are agitated but the elites think they can manage that like they did with the “occupy movement” and the “black lives matter movement” in the US. The French government is now “dealing” with the massive protests and the Israeli elites and security services hope to deal with mass demonstrations of hungry refugees seeking to return to their homes and lands. Increasingly billions of people are becoming superfluous to the systems: they just do not need these masses. What will people do when 99% of jobs today (of carpenters, doctors, nurses, shop keepers, teachers, lab technicians, service personnel, taxi drivers) are eliminated as automation takes over? People like Tom Friedman and Yuval Noah Harari wrote books articulating how things are now and their views of some issues but I believe they suffer from two main flaws:

They are guided by the notion of superior smart humans who “deserve” to be in charge of human development. They still suffer from notions of “orientalism” (see Edward Said’s book by that name): identifying with the dominant European history they fail to connect to times when civilization came from places like Ancient Mesopotamia, Persia, China, and Egypt. Elitist authors offer no recipes for sustainable environment/ecosystems other than orientalist views. Should we not listen to the native people and take nature into account?

While believing in social Darwinism, they forget that biological Darwinism had a transformation with the modern synthesis and beyond. For example we understand now things like jumping evolutionary change which can create novel complex structures with minimal genetic changes (this is called punctuated equilibrium or macroevolution). This results genetically from creation of new pathway using existing genes. In social evolution we also see punctuated equilibrium as change can be slow for a long time and then something revolutionary happens. See for example (Guastello 2013. Chaos, catastrophe, and human affairs: Applications of nonlinear dynamics to work, organizations, and social evolution. Psychology Press; Somit, A. and Peterson, S.A. eds., 1992. The dynamics of evolution: the punctuated equilibrium debate in the natural and social sciences. Ithaca, NY: Cornell University Press.; Gould, S.J., 2002. The structure of evolutionary theory. Harvard University Press).Are ideas like Marxism, Darwinism, Relativity, Internet, and amplifying DNA by PCR causes of punctuated social evolution in the same way as genetic “macro” mutations causes of punctuated biological evolution? 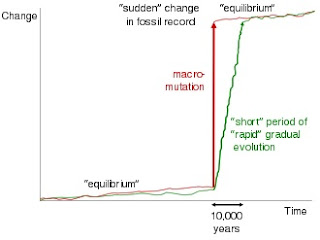 Can few people change the world? The Cuban revolution started with 82 individuals and the computer and biotechnology revolution with even fewer! We are always in awe of human creativity and ingenuity. But as the world has become globalized, what will new (intellectual) revolutions look like and can they happen in time to save the planet from the impending catastrophes like nuclear war or global irretrievable climate change? While we think local groups such as our nascent Palestine Institute for Biodiversity and Sustainability (palestinenature.org) and thousands of others around the world are good, what organizational structures are needed to start to foster such new more radical revolutions? Amnesty International and Greenpeace and the International Union for Conservation of Nature do very good work globally but will they be the source of the needed new revolutionary ideology that transforms the trajectory we see whether on human rights (witness Yemen) or the environment? Asking these questions may prompt a discussion and further questions that can lead us to map and work well or at least more efficiently for a sustainable future instead of a dog-eat-dog world that leaves the last dog/human to wonder “what happened”? Please give your thoughts on this blog: