Virology of ideas and colonialism

This brilliant talk by a Nobel Prize Winner George Smith on “The Virology of Ideas — An Indispensable Pandemic” calls us to a higher level of (re)thinking our world https://www.scientists4palestine.com/virology-ideas/ 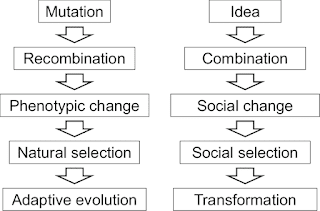 There will be other lectures in this series sponsored by Scientists for Palestine and Bisan Center for Research and Development. The latter is a great center that has been targeted by the Israeli occupiers. This lecture I attended prompted me to summarize my thoughts that I usually give in lectures (now 3 times weekly on average to diverse audiences):

My background in biology (especially evolution) and medicine (immunology and medical genetics) helped shape my own thinking in on evolution of ideas and therapies for colonial struggle. I told my medical students you need to take a patient's history, check the symptoms carefully, make the right diagnosis, offer the appropriate therapy and counsel the patient on prognosis.  I explained in hundreds of lectures that the same applies for social ills (wars and conflict are also diseases). To make this short I will say a few words here about each of these in relation to Palestine but this also applies to other situations.

Patient history: Palestine was multi-ethnic, multi-cultural and multi-religious society and fairly healthy in its 11,000 year history (since our ancestors' development of agriculture and beginning of so-called “civilization” in our - western- part of the Fertile Crescent). In those 11 millennia, the patient was mostly healthy with very few conflicts (vast majority of time with little conflict or war certainly less in % than Europe or North America). Conflicts arose from the very few attempts to reshape the country  to be monolithic (one Muslim ruler, Cusaders, Zionism, Persian invasion).

Symptoms:  Colonialism does what colonialism does (no need to detail that familiar history around the world or here) and the indigenous people suffer. For native Palestinians, >100,000 were killed (>90% civilians), more than 800,000 injured, >1 million imprisoned, more than 500 towns and villages depopulated, apartheid system installed on the remaining natives. Empires ruled here but we never had the kind of ethnic cleansing or apartheid system perpetrated as we did under Zionism in the past 100 years. Now 8 of 14 million Palestinians are refugees or displaced people. This is the crux of the problem (not statehood). Of course as expected in such situations, some of the colonizers (thousands) were also killed but mostly in wars with nearby Arab countries (all these wars, except 1973, were started by the Zionists). The West (Britain and France first now US) were and are key partners to perpetuate this situation/illness here.

Prognosis: Colonial situations have only 3 possible outcomes/scenarios: Algerian model, US/Australia model (genocide of natives), or living in one country (most common outcome found in 95% of the 194 countries on earth). The attempt to suppress the idea of liberation and freedom among Palestinians has failed and the third outcome is inevitable (this means the end of Zionism). Ideas mutate as articulated well by Prof. Smith. For outline of the evolution of the idea of "Sharing the Land of Canaan" based on human rights, see my book by that name (http://qumsiyeh.org/sharingthelandofcanaan/).  I also recall how the idea of the shrinking map of Palestine drawn first by my son when he was 13 years old mutated over time (map shown on same link). I recall how the ideas of primacy of human rights, secular democracy, opposition to apartheid evolved among intellectuals. For Zionists and imperialists, I say “when you find yourself stuck in a hole, the first thing to do is stop digging”. The same applies to those Saudi/UAE wars on Yemen or in Syria or in Ukraine hat are for anachronistic ideas like hegemony. Today's world cannot take ancient ideas that are going extinct and the ideas gaining strength especially among the young generation is a world free from borders, free from hegemonic "nation-states", a world of love, kindness, morality, and justice.

Therapy: The therapy to accelerate arrival at the inevitable prognosis is to work harder collectively towards that. That means resistance and joint people-centered struggle. See my book on "Popular Resistance in Palestine: A history of Hope and Empowerment" (http://qumsiyeh.org/popularresistanceinpalestine/) as one example of many around the world (for the US see Howard Zinn's "A people's history of the United States"). We must work together also via building alternative models of intentional communities ranging from more militant ones like the Zapatistas (see https://nacla.org/news/2019/01/18/spark-hope-ongoing-lessons-zapatista-revolution-25-years ) to localized projects like https://www.tamera.org/ and our own Palestine Institute for Biodiversity and Sustainability (http://palestinenature.org).
Posted by Qumsiyeh at 3/12/2022