A global call from Palestine Action for the Planet  [comments to info@palestinenature.org or add them below] 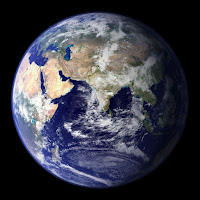 More and more people realize that the current global political and economic structures are unable to deal with global climate crisis, the endless conflicts, proliferation of WMD, and the increased frequency of pandemics. This is no longer just a question of morality and rights but a question of our survival as a civilization and as a planet facing mass extinction.

World War II transformed our planet in ways not foreseen before, including creating instruments like the United Nations ostensibly to stop wars and conflict and encourage cooperation across borders. Yet we have had many wars and economic blockades and inequality that have killed tens of millions of people since 1945. A large part of this had to do with the flawed system created: the dominance of five nations at the UN, the presumption that challenges in 1945 would be the same as our challenges decades later, and the hegemony of the United States, then thought to be more benevolent than others as a policeman of the world. This hegemony includes the use of the US dollar in global trade and as a reserve currency even after the US dropped the Bretton Woods agreement in 1971. The IMF and World Bank instruments also drifted to become tools of hegemony and control.

This system, whether one thinks it worked for a while or not, is clearly unsustainable in the 2020s and beyond - an era of global challenges such as climate change and pandemics. The COVID-19 crisis shows clearly that we cannot continue in this system of supposed “growth” in certain national economies via rampant uncontrolled capitalism and hegemony of rich individuals and corporations who can and do usurp democracy, including via mass media. The rich thus got richer and the poor poorer even in supposedly rich countries.

We humans of all backgrounds, living across this planet must work together to create new paradigms and systems. We collectively make this urgent call to restructure: not just to face this COVID-19 crisis, but to face climate change and future global challenges.
Boldly, we demand and will work towards these objectives:

1)  The institutions created following World War II were dominated by the five victors and now must be democratized and transformed to serve all people of this planet particularly the impoverished people. This can be done via votes proportional to populations and via ensuring collective global security.  A new program for a healthier global system can and must be developed with the widest participation of professionals and the general public. It will build on the excellent UN Sustainable Development Goals (https://sustainabledevelopment.un.org/) and other conventions such as the Universal Declaration of Human Rights (https://www.un.org/en/universal-declaration-human-rights/). Building on those is with the aim of sustainability and survival of our species and our fragile ecosystems. But communities and countries can also start such programs without waiting for change in the UN system.
2) Measuring development by GDP or the averaged PPP (GDP per person averaged at a national level) is a misleading approach and ignores human needs. We demand that governments do not burden future generations with debt and an illusion of growth that is profiting few at the expense of the many. The earth has plenty of resources and production to keep all of us healthy and well-fed when we reset our priorities towards: social services (the elderly and others in need), agriculture (especially permaculture), health, education, and research (technological advances that help sustainability).
3) Drastically reduce military spending (increasingly militarized police) and redirect to serve rather than kill and exploit people. Even a small fraction of the 1.8 trillion spent on the military annually would be enough to end hunger and cure pandemics.


4) We can choose to respond to crises without giving-up on our liberties. History has shown that national authorities remove our liberties in crises and then rarely return them in full. To address this, citizens must vote directly on certain issues and all measures must expire and be renewed, if need be, within a reasonable timeframe via a vote by citizens

5) Nationalism as a political organizational structure has run its course and like other systems before it (city-states, kingdoms, and empires) must now evolve into a new system to face new realities of global threats. The nature of a new system needs significant thinking, but it is clear that to respond to an increasingly global crisis (climate change and pandemics), we have to have both local empowerment and global systems of joint struggle and solidarity. A corollary of this is that certain natural resources such as the Amazon rainforest and oceans must be protected as a planetary resource, and not left to the whims of national systems that can shift quickly for greed and imperialism. Thus, we must strengthen local communities, particularly native people. Another corollary is that we must limit national authority and create new systems that challenge colonialism, racism, sexism, and exploitation.

6) We must abandon our consumerist ways by living simply and humbly and reducing our footprints on this earth. We aim for zero-waste, for using renewable energy, for growing our own food in our own communities, and for cleaner, and healthier environment for all of us (humans, fauna, flora).  Reduce, Recycle, Refuse Refuse. Reduce our use of water (e.g. via compost toilets, proper water management, etc.) and of material and supplies (living humbly). Reduce solid wastes, plastics, and fossil fuels (towards final elimination). Recycle what cannot be eliminated. But most significantly refuse the urge to shop (consumerism).

7) Decrease building of massive and much unneeded infrastructure like stadiums and dams and increase vegetation preferably with native trees and bushes.

8)   Reconnect to nature and learn from it. Ecosystem balance must be restored. We humans must recognize ourselves as part of nature and live in harmony with it.
https://www.palestinenature.org/palestine-action
Posted by Qumsiyeh at 3/24/2020